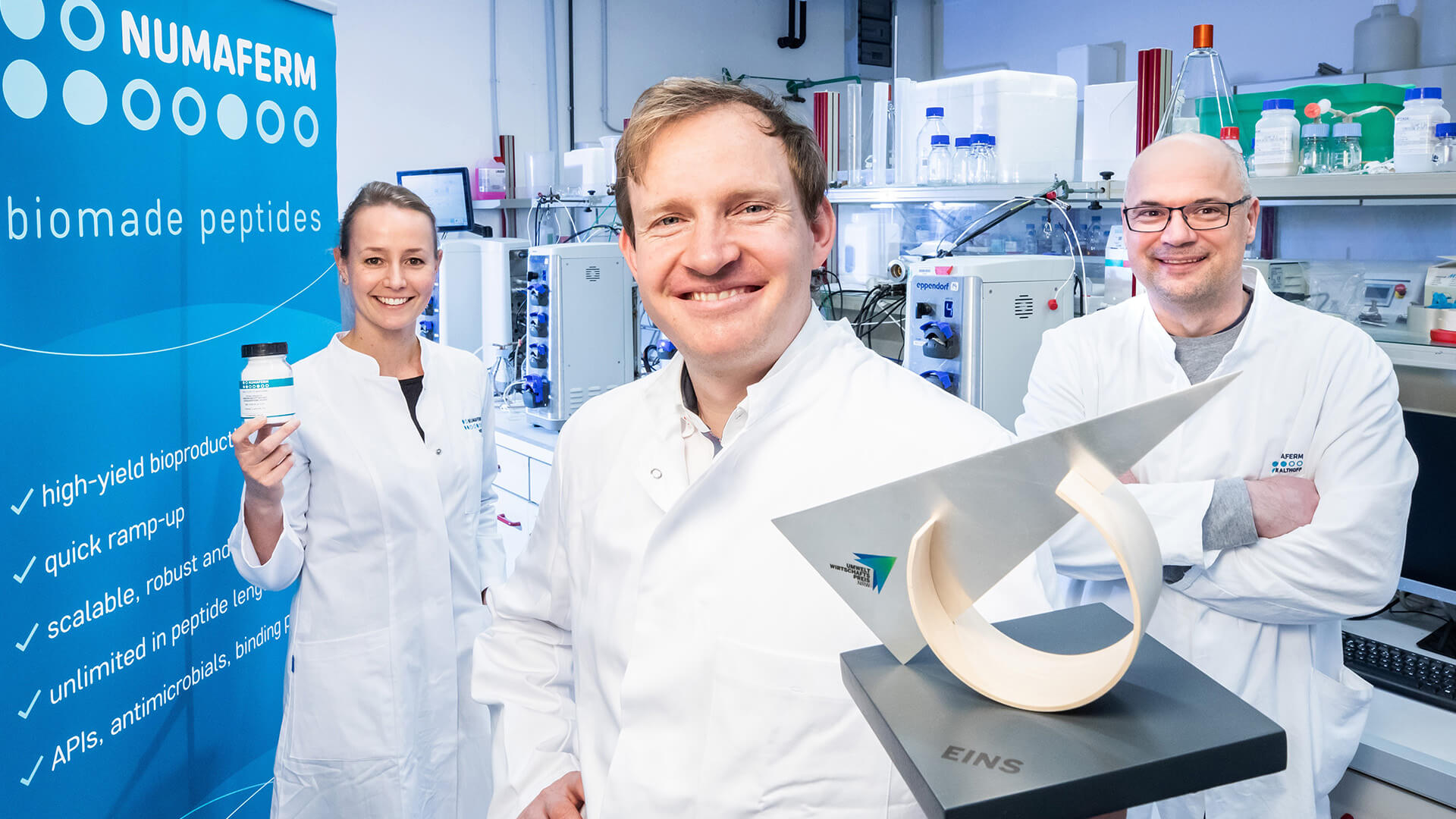 For its resource-saving process for the production of peptides, Numaferm receives the Umweltwirtschaftspreis.NRW on 15.12.2020.

This year, as part of the annual SUMMIT Umweltwirtschaft NRW, the Umweltwirtschaftspreis.NRW was awarded for the first time. The prize is intended to promote innovative ideas for the future and to expand North Rhine-Westphalia’s pioneering role in the environmental economy.

Many environmentally aware companies responded to the call for entries. The jury, consisting of high-ranking representatives from politics, business and science, selected nine outstanding environmental pioneers who took part in the digital award ceremony that evening. The entire Numaferm team also followed the exciting award ceremony in the livestream and cheered along with Christian Schwarz, CEO.

Winning 1st place fills the team with pride and gratitude to have been awarded for its contribution to the Green Economy. 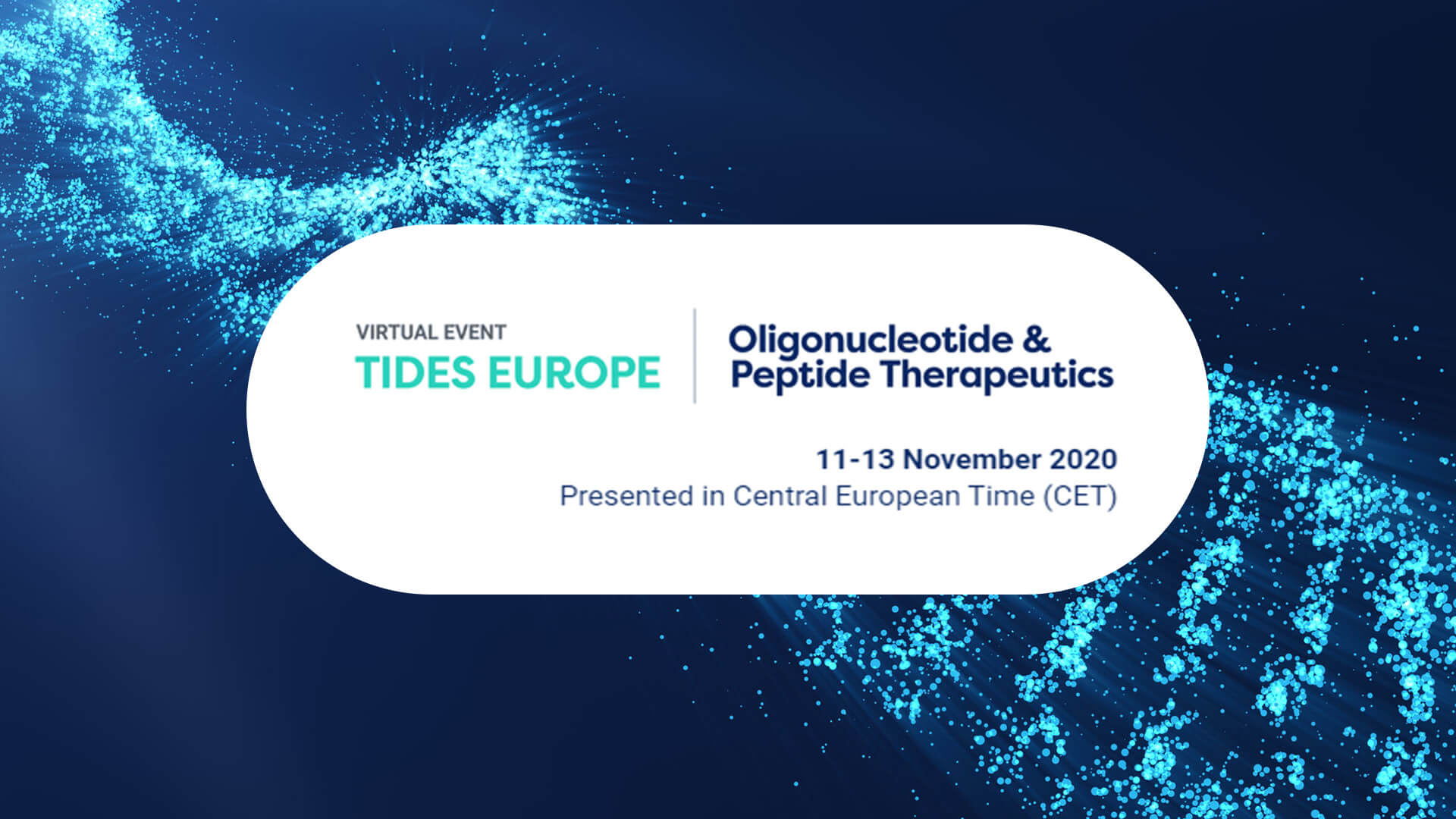 Join us virtually when our CEO, Dr. Christian Schwarz, is moderating the paneldiscussion “Innovations in Peptide Manufacturing” Novermber 11th, 2020 at 16:45 pm (CET). We […]
Read more
Back to news
We use cookies to ensure that we give you the best experience on our website.
For more information read our Privacy policy
Accept Reject